How To Find Us

Of the Orpheum Theatre in Twin Falls, ID 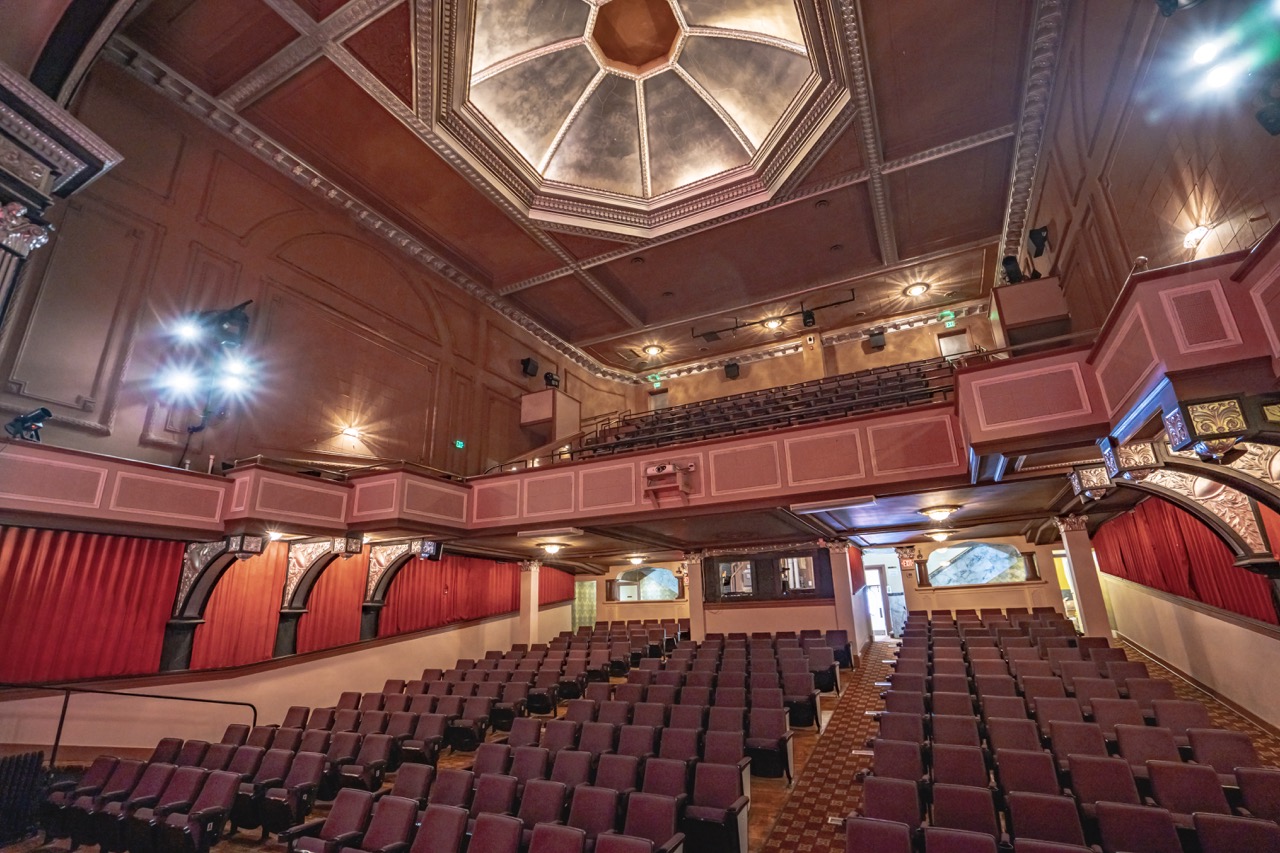 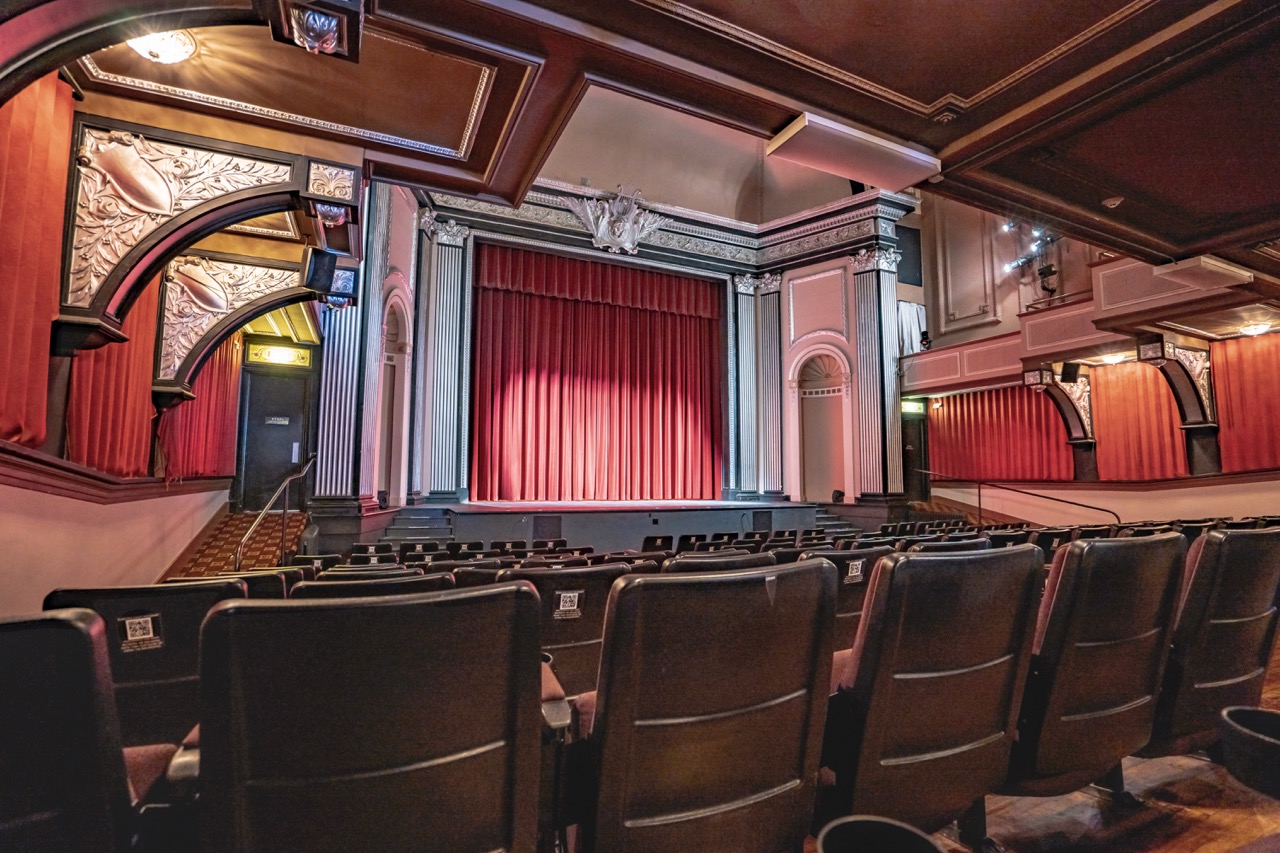 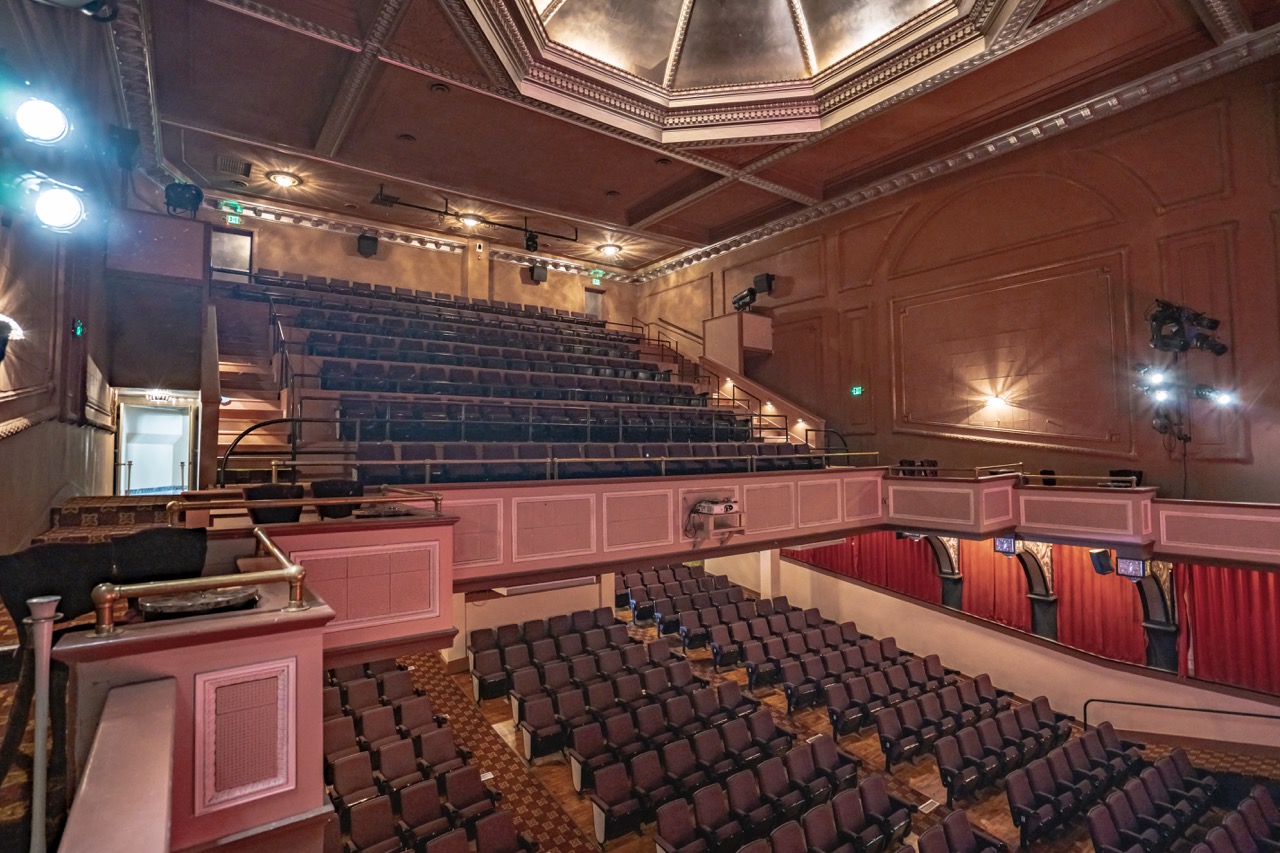 When you take in a show at The Orpheum Theatre in Twin Falls, ID, you're becoming a part of history. Our theater first opened its doors in 1921-nearly a century ago! Then called "The New Orpheum," it began as a venue for vaudeville acts, live music and "photo plays," what we now call movies. Since then, this historic theater has been through multiple owners and many renovations until reopening its doors for live performances in 2014.

Since 2014, we have worked to restore the theater to its original appearance. To see our continuing restoration efforts, drop by for a visit today.

Over the last century, The Orpheum Theatre has gone through several major renovations. These include:

The theater was "modernized" by Intermountain Amusement, painting over murals and the marble staircases and becoming a movie theater

The theater was purchased by Interstate Amusement, which changed the name to the "Mall Cinema," restored the staircases and renovated the exterior

In the wake of the COVID-19 pandemic, an opportunity was seen to put the finishing touches on the renovations of the Orpheum. On the inside of the building, attention was put towards overhauling the lobby, concessions stand, ticketing area, balcony seating, restrooms, and dressing rooms to bring a completely unique experience. On the outside, ticketing windows were made, and plans for a streetside marquee, awning, and even a vertical marquee were set in motion! These efforts would finally bring a vision of blending the 1920s and 2020s together as one.

We want you to experience and enjoy the new Orpheum Theatre. See a show at our historic theater to become a part of our story. Call now for more information. (208) 595-2600 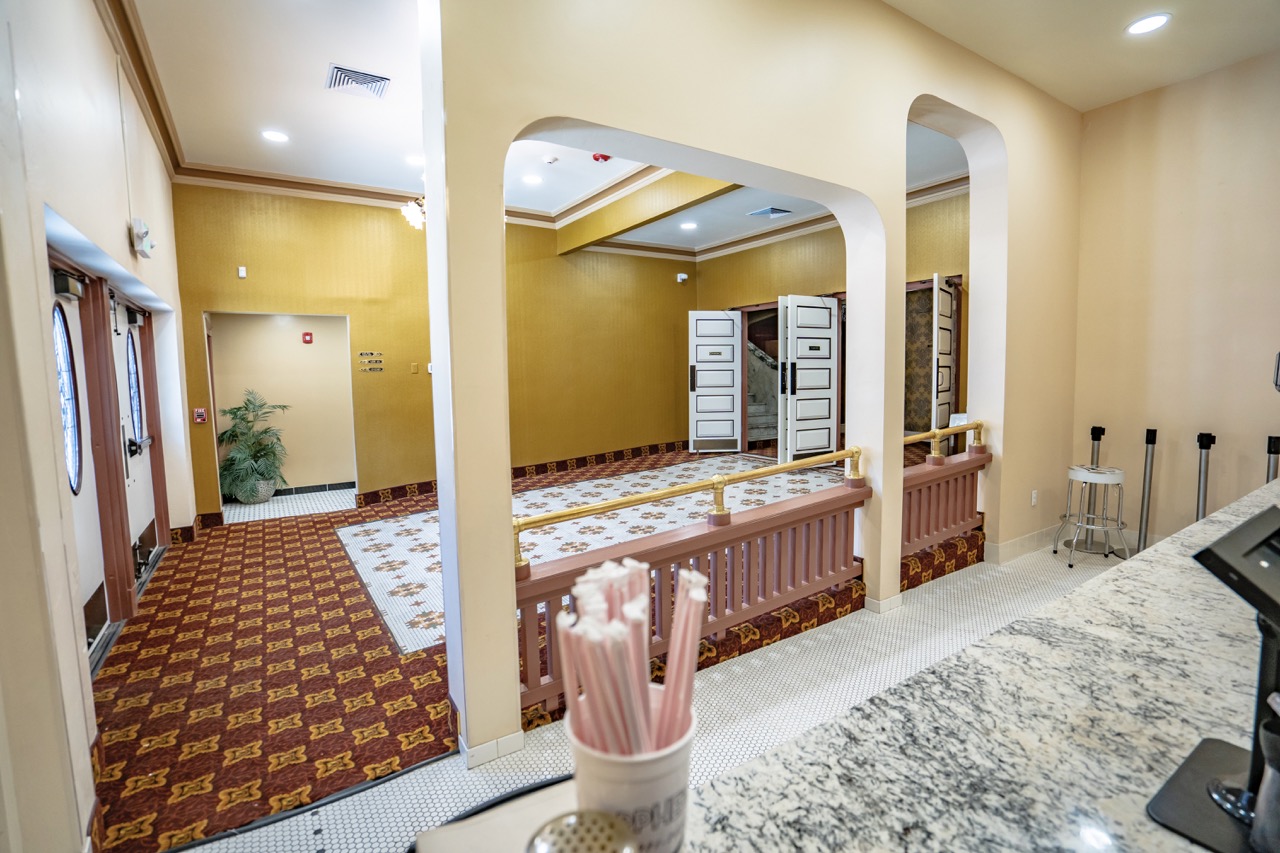 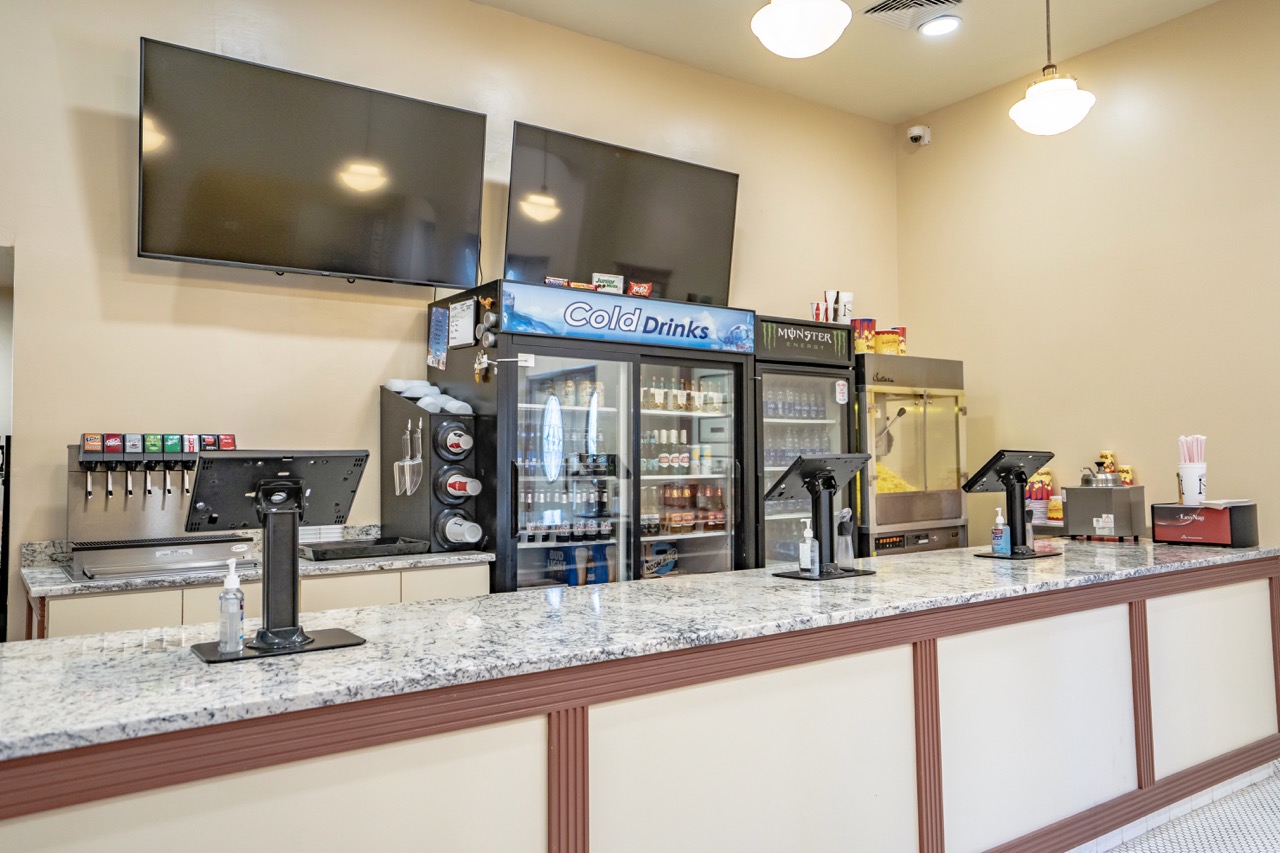 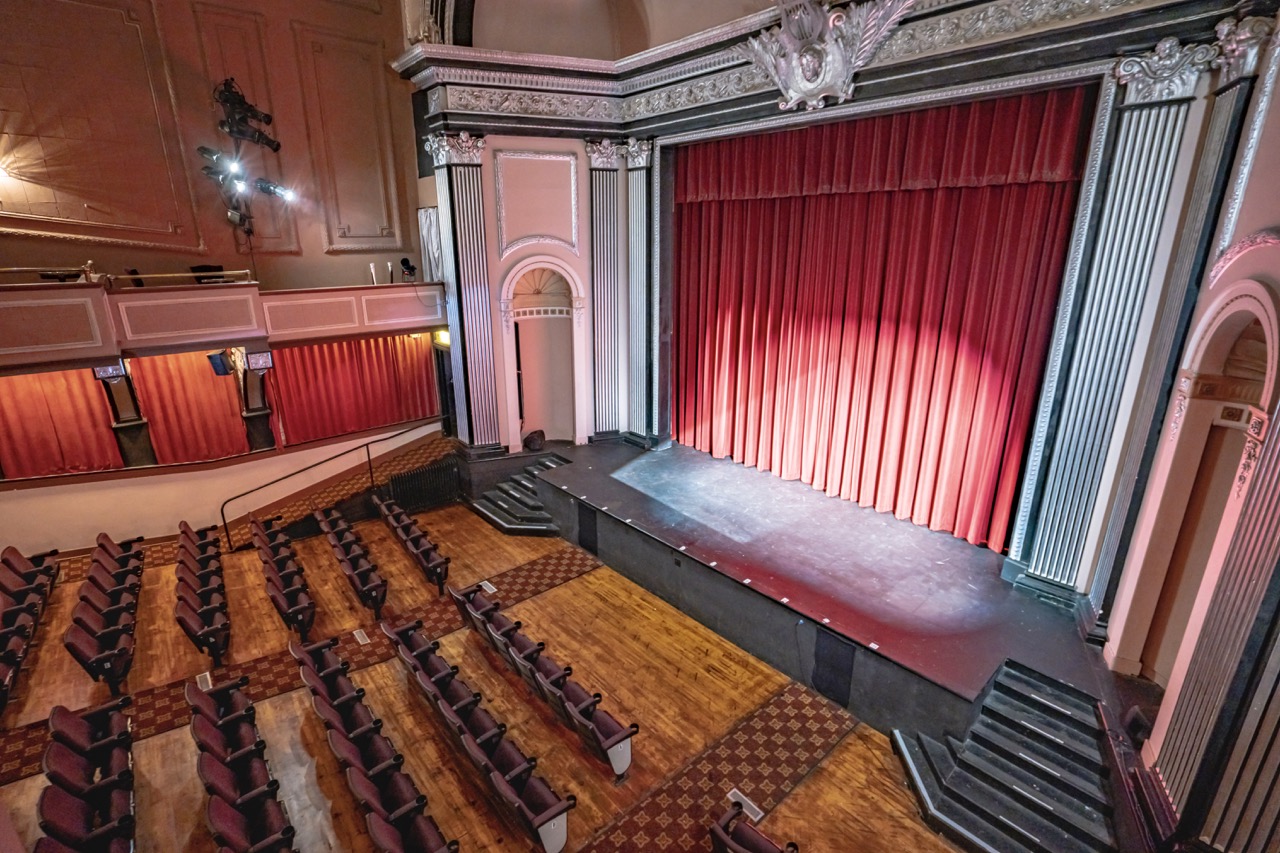 Don't take our word for it, see what our guests had to say about The Orpheum Theatre.

" Very historic and cute theater downtown, with movie theater popcorn, snacks, and beverages to have while you watch local plays, musical groups, theatrics, and entertainment. Loved this theater with all of it's neat details antique wall sculptures and design, with an upstairs balcony as well for seating."

" We saw Elf the musical, and it was BRILLIANT... Thanks for a wonderful time, Orpheum... The seats are roomier than most theaters, and there is plenty of leg room. I appreciate being able to sip a vino and have some popcorn."

"Beautiful theater, wonderful staff, AMAZING shows! Love love love! It's in the heart of downtown Twin Falls, and there are some awesome places down there! Worth the trip from Pocatello! "

About The Orpheum Theatre